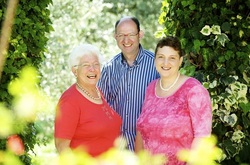 Podere Zollaio, a former farmhouse, originally began it's life as the family's holiday home, having originally been purchased in 1969 in a derelict state.Firstly work began on what was to become Casa Anita, but was then the house of Lisa's mother and then progressed onto the family house.
In 1995 the adjoining house was purchased which became the apartments and in 1997 the property was formally opened as an agriturismo, producing organic exra virgin olive oil and wine.In more recent years we rented out the vineyard to a specialist organic wine producer.
We provide you with complimentary bottles of wine and a sampler of our oil when you arrive.

We are surrounded by the vineyards and olive groves typical of this region and are within easy reach of Florence,Pisa,Lucca and Arezzo which are all deserving of a visit as do little gems such as San Gimignano,Volterra,Certaldo plus many more after which you can return to the tranquility of your accommodation to an al fresco dinner whilst enjoying the wheeling flight of the swifts or the dancing of the fireflies when darkness falls.


Vinci itself is a working village, unspoilt by tourism and boasts shops, bars, restaurants and 2 museums dedicated to the life and work of Leonardo which is celebrated by the village between April and June each year.


Additionally, during the later part of July, Vinci holds its village fair that ends with a spectacular fireworks display.


Throughout Tuscany, during the summer months, many events are held such as village fairs with markets, good quality street food, concerts etc.while in the Autumn the main events are the grape harvest, the olive harvest and the truffle season in nearby San Miniato.