Casa Vacanze Podere zollaio
What's New at Podere Zollaio?
September 2014:
What a cruel thing the weather can be.On Friday 19th about midday, a weather front hit Vinci, Empoli, Cerreto Guidi and Florence with high winds, hailstones the size of ice cubes and even a whirlwind.Here are some images including the trees that came down in front of Casa Anita and on the the path down to the swimming pool, plus one of the damage to the roof of my car and several others.Bearing in mind this only lasted for 10 minutes!Fortunately no lives were lost and only a small number of people had to be treated at hospital for 'minor' injuries.Everyone now is counting the cost of the damage caused, which for us has meant the abbandoning of the olive harvest at Podere Zollaio.Fortunately we still have another 500 trees at Casa Eden, which was untouched by the storm.
August 2013.Donkey Matters

We are awaiting the arrival of 2 new donkeys as company for our exisiting resident; Camilla.
The first to arrive will be a female followed by a younger male who will need the 'snip' before he can join the others.
Martina, the female goat, who has always appeared to above Camilla in the heirachy, will now have two more to keep in line, which w think she will throroughly enjoy.!

Update 5th of August
Violeta arrived on Saturday.She is younger than Camilla and good bit smaller also.She will, however, ned to have a new diet, as she was being fed incorrectly by her previous owner. 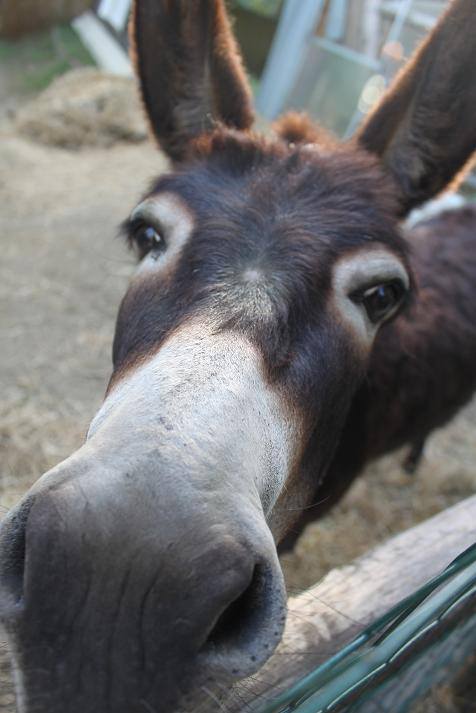